GRANNYSAGE AT THE CROSSROADS
Ostara: The Sabbat with the Rabbit™

what is a sabbat anyway?

Artwork is of the Goddess Ostara from the The Mickie Mueller Collection, used with permission.
One year, as the Spring Equinox approached, I got to thinking about some catch phrases we often hear around certain holidays. For example, in December we often hear people saying "Jesus is the Reason for the Season." Although as a pagan I don't agree with this sentiment, it does make a catchy phrase. So as the pagan holiday of Ostara was approaching, I pondered. "What would make a good, catchy phrase to represent what it is all about?" I heard a voice whisper in my ear, "Ostara is the Sabbat with the Rabbit.™

Ostara is one of my favorite pagan sabbats. Just what is a sabbat anyway? According to the Merriam-Webster On-line Dictionary, a sabbat is "any of eight neo-pagan religious festivals commemorating phases of the changing seasons." In the case of Ostara, it refers to the celebration of the Spring Equinox, one of the two times of the year when the sun crosses the plane of the earth's equator, and day and night are of equal length.

Where Did the Bunnies and Eggs Come From?

Image courtesy of Pixabay
The Spring Equinox, or Ostara, is a time to celebrate the return of Spring. But how it got its name is somewhat of a mystery. According to pagan folklore, it is named for the Anglo-Saxon Goddess Ostara, the goddess of spring. She was also known as Eostre, goddess of the east and the dawn. Two of the symbols of this celebration are the colored egg and the hare.

There are two popular legends about how the Easter rabbit came to deliver colored eggs. According to one story, the goddess Eostre found a wounded bird in the snow. To help the little bird survive the winter, she transformed it into a rabbit, but the transformation was incomplete and the rabbit retained the ability to lay eggs. In thanks for its life being saved, the rabbit took the eggs and decorated them and left them as gifts for Eostre. This story was written in 1990 by Sarah Ban Breathnach in her book, “Mrs. Sharp’s Traditions, Nostalgic Suggestions for Re-Creating the Family Celebrations and Seasonal Pastimes of the Victorian Home.”

The other legend states that one of the Eostre’s devotees was a small hare who wanted to give a gift to the goddess. But he didn’t know what he could give that she would like. One day he came upon a fresh egg, something very precious after a hard winter when food was scarce. He very much wanted to eat the egg, but he decided to give it to Eostre instead. To make it very special, he took it home and decorated it with a multitude of colors. Eostre was very pleased with her gift, and decided that all children should enjoy them. Since that day, the descendants of the hare have taken on the task of delivering decorated eggs at spring. They are called “Easter Bunnies.”

This story is found in the book “Ostara, Customs, Spells, and Rituals for the Rites of Spring,” by Edain McCoy.

Flora, The Goddess of Spring - ad
The origins of the Goddess Ostara legend are confusing. There is a controversy which states that the only apparent reference to a Teutonic goddess Eostre comes from a historian monk known as the Venerable Bede (673 735) He wrote in "De Temporum Ratione (The Reckoning of Time")

“Eostur-monath has a name which is now translated Paschal month, and which was once called after a goddess of theirs named Eostre, in whose honour feasts were celebrated in that month. (corresponding to our month of April)…… Now they designate that Paschal season by her name, calling the joys of the new rite by the time-honoured name of the old observance.”

Other authorities have pointed out that there is no mention of the goddess Eostre in any of the oral traditions of the Germanic people. Yet, several centuries later, Jacob Grimm published a collection of German myths and oral history. He devoted several pages to a discussion of the goddess Ostara. He felt that it was highly unlikely that Bede would have made up a pagan goddess. From the Anglo-Saxon month name, Eostur-monath, he then reconstructs an Old High German equivalent, Ostara. (from Wikipedia)

It is quite likely that there was some form of oral tradition regarding a goddess of the dawn and the east. In Southern Europe there was also a goddess named Eos, who was a goddess of the dawn. Other researchers speculate that Eostre may have evolved from the Assyrian Ishtar and the Babylonian Astarte. There is a mythic tale about a giant egg which falls out of the skies into the Euphrates. The egg hatches and becomes the goddess Astarte.

More About Rabbits and Eggs

Image from Pixabay
The symbols associated with Ostara include the hare and eggs. This is not surprising for a festival of spring. Eggs have long been used as symbols of rebirth and fertility due to the laying cycle of hens. Hens require at least 12 hours of daylight to produce eggs. When the only form of light was natural light, the hens would lay no eggs during winter. So the people of that time would naturally be very excited when the hens would begin laying eggs again, normally around the time of the Spring Equinox. There are customs from all around the world of traditions of dying and decorating eggs to be given away as a symbol of rebirth.

By the same token, rabbits have been viewed as a symbol of fertility in many cultures and Eostre was said to have had the head of a hare. The hare was also sacred to Astarte. Rabbits, as everyone knows, are prolific reproducers, and in the spring their mating habits can become frenetic, which gives rise to the saying, “Mad as a March Hare,” and why we have March Madness sales. 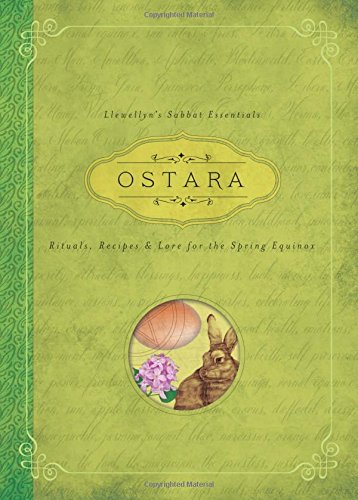 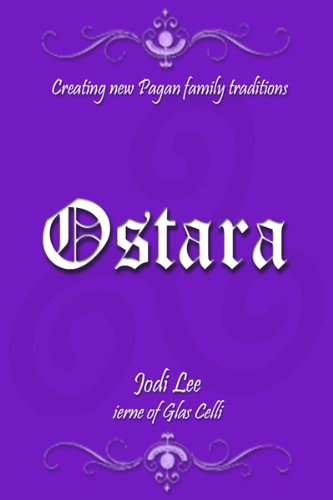 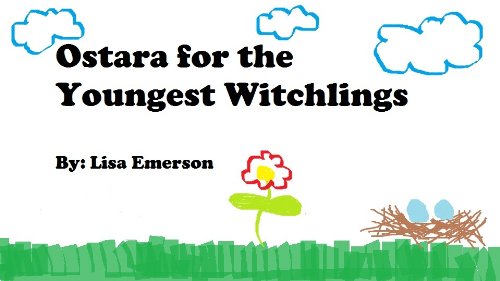 Ostara for the Youngest Witchlings

Do We Really Need to Know
Whether Eostre or Ostara
was a Real" Goddess?

Ostara - Spring/Vernal Equinox Statue - ad
So what should pagans and Wiccans do about all this controversy? Do we really need to know whether Esotre or Ostara was a “real” goddess? The answer is, no.

Wicca, a neo-pagan religion, is based on a symbolic mythology. As we advance in our understanding of the Wiccan beliefs, we come to realize we are not worshiping a “real” deity, but an archetype. An archetype is a deep-seated, ancestral memory from the collective unconscious, which connects us to our own inner psyche. Unlike Christianity, whose followers believe that their god is real and walked the earth, a symbolic mythology helps us access our higher self, the goddess and god within.

Wicca is also an evolving religion. Its traditions are being created and re-created on a daily basis, as the participants contact and experience divine energy. Through repeated celebrations and rituals devoted to a goddess named Eostre, or Ostara, we have essentially re-created her. In the world of quantum physics and multiple universes, anything is possible. So by our action of focusing on Her, The Goddess Eostre, we are strengthening the energetic principle which feeds the archetype. Thus the essence of a spring goddess is continually with us.

"In reality any images, names, and attributes relating to Divinity are simply human constructions."
﻿Raven Grimassi
﻿Spirit of the Witch﻿

Websites With More Information About Ostara/Eostre

"Ostara" (1901) by Johannes Gehrts. Public Domain
Eostre - Wikipedia
"Eostre ("Easter") is the name of a putative goddess of the Anglo-Saxons. The Venerable Bede described her worship as something which had already died out by the time he began writing the first significant history of the Anglo-Saxons. In recent years some historians have suggested that Bede may have made her up because there are no known references to her preceding his work."

The Truth On Easter
"Each year in the springtime, the mainstream Christian world celebrates a holiday called "Easter." Many assume that this holiday originated with the resurrection of Jesus Christ but as the information provided here will demonstrate that this spring tradition of men is actually or an older and far less 'holy' than one would imagine."

Ostara, the Spring Equinox
"Ostara, the Spring (or Vernal) Equinox, is one of the Lesser Sabbats of the Witch’s annual calendar and today, in the northern hemisphere, is celebrated on the 20th March, although this date may vary by a day or two depending upon the Earth’s rotation around the Sun.  In the southern hemisphere the equivalent Sabbat is Mabon, the Autumn Equinox.  Ostara is the Anglo-Saxon term for Eostre, the Teutonic Goddess of Spring and fertility whose festival of old was celebrated on the day of the Vernal Equinox (the equinoxes are the points in Spring and Autumn at which the Sun’s path crosses the celestial equator, at which time the periods of day and night become equal in length)."

Celebrate the Sabbat with the Rabbit

Image courtesy of Pixabay.
So let us celebrate the “Sabbat with the Rabbit”. Let’s color some eggs, hide them under bushes, and send the children out to find them. Let’s decorate our homes with images of the fertile rabbit. Let’s embrace the season of Spring, when the days grow longer, the grass and trees turn green, and the earth starts bursting forth with abundance.

And somewhere, on some astral plane, I think Eostre is smiling and petting her friend, the hare.

Comments are not available for this article, but you can hop like a bunny over to my blog post, ﻿Ostara - It's All About the Rabbit ﻿to learn more about why I wrote it and to let me know what you think. Thank you for visiting.
Line Divider courtesy of Magickal Graphics
HeaderBackground courtesy of Pixabay.